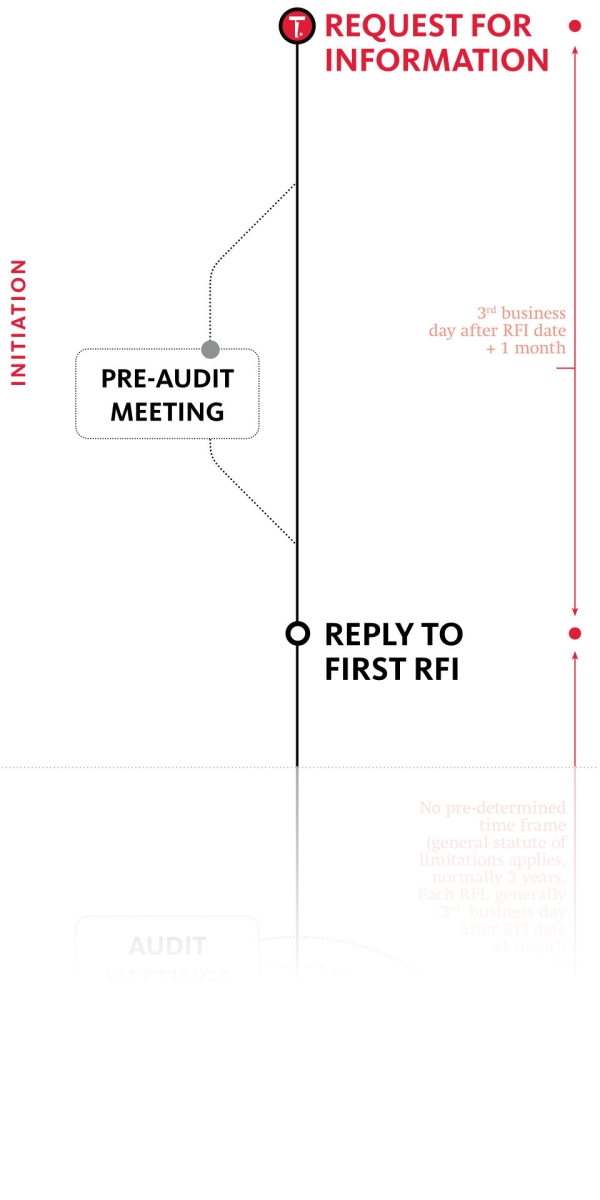 In the initial RFI, taxpayers are invited to organize a pre-audit meeting to discuss the RFI, prior to responding to the RFI. There may be good reasons to do so, but also plenty of potential pitfalls.

Included in the first RFI there is an invitation to hold a so-called “pre-audit meeting” (and in pre-Covid-19 times optionally accompanied with an on-premises tour). A pre-audit meeting is a possibility for a taxpayer to discuss upfront, before the written reply to the RFI is due, the questionnaire received from the Belgian tax authorities. It is at the taxpayer’s discretion to request such a pre-audit meeting.

Accordingly, a logic question that follows, is: “Should I organize a pre-audit meeting?”

We have listed hereafter certain considerations to take into account.

Conclusion? There is not one conclusive answer for everyone, but we can stress not deciding lightly on whether or not requesting the invitation of organizing a pre-audit meeting. It should be carefully assessed whether or not do so: anticipated benefits vs. incremental risks of initiating a snowball effect on information to be produced, or even giving company-own insights that lawfully would not be required to being disseminated to the Belgian tax authorities, with the potential adverse consequence of not only undermining your own tax filing position, but also jeopardizing breach of company secrecy and/or breach of director’s liability.

Our recommendations in a nutshell

In any case, if one wishes to pursue organizing a pre-audit meeting, we strongly recommend keeping it virtual, having a clear agenda including a clear statement on the method of collaboration, in any case only conveying information that is publicly available (like a very general presentation) and not trying to answer the questions raised in the RFI already except for those that are totally irrelevant - your focus should be on downscaling the information to be provided whilst not accepting new requests for information to be answered within the same applicable time frame (best practice would be to request for a new written RFI, with a new applicable timing). In order for you to assess the need to have a pre-audit meeting, we have listed hereafter the pros and cons of organizing it: