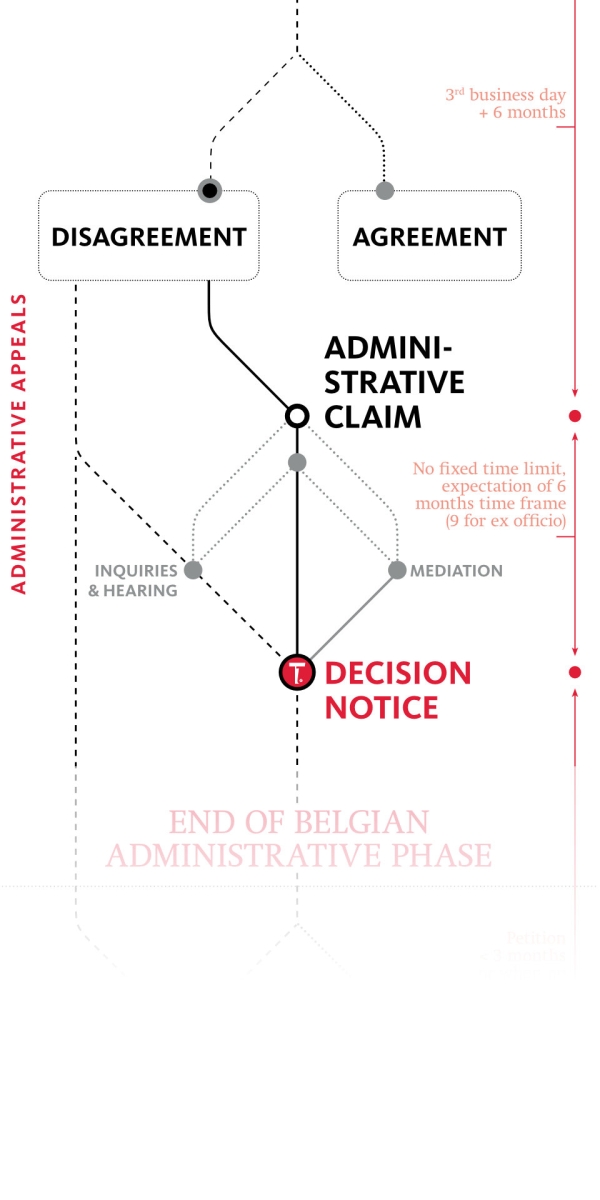 During the administrative appeal phase, taxpayers may ask for the Tax Mediation Service (“TMS”) to intervene, who shall provide for a non-binding proposal to settle the dispute.

In case the discussions with the Regional Director do not seem to lead to a satisfying result, – since essentially the Regional Director has the same instructions as the tax inspector handling the case – and when the taxpayer wants to put maximum effort in avoiding litigation (for the time being), one can opt to submit the file for mediation with the Tax Mediation Service (“TMS”) (“Fiscale Bemiddelingsdienst” / “Service de Conciliation fiscale”). It should be noted that this option is only possible during the administrative appeal phase – i.e. after the Administrative Claim has been filed and before the Regional Director issues a Decision Notice (or before the taxpayer files a petition with the Court of First Instance).

At that point, the file is considered by a party that has not been involved in the dispute so far, and may offer a fresh look. It should be noted, however, that the TMS does not render binding decisions, but non-binding proposals to facilitate consultation between the parties involved. In doing so, the TMS is ought to take an objective, impartial and independent view of the facts and the law.

Particularly in cases where as a taxpayer there is respect to debate on the principles of good governance, the TMS can provide for a useful means to act as a mediator. Whilst the window of opportunity to initiate the mediation option is limited, and the mediation route does not have a suspensive effect, the application of this procedure is rather straightforward and works efficiently in our experience. After the TMS has heard both parties, and potentially has performed further investigations, a reconciliation proposal is issued to the parties concerned. Again, it is important that this process is properly managed, since although the proposal is non-binding, the TMS report will form part of the administrative file and accordingly can be submitted to the court.